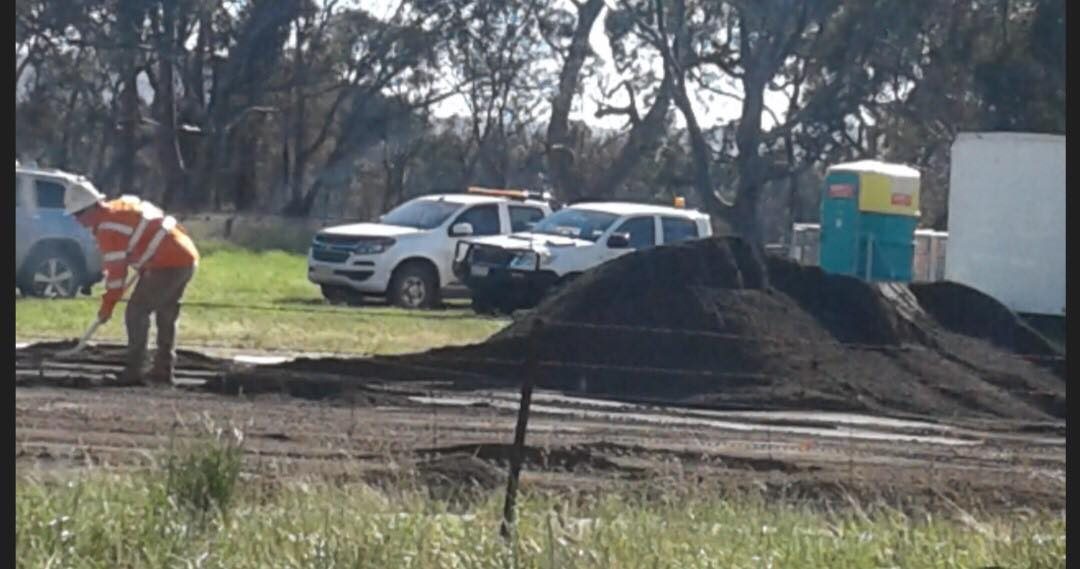 IT HAS ALWAYS BEEN AND STILL REMAINS NOT NEGOTIABLE.

Yesterday we spoke directly to an employee of MRPV on Djapwurrung who said that major works will commence tomorrow. This includes major machinery on country for intense digging purposes. The rep from MRPV also said that camps should pack up and move on because it won’t take long after today’s digging for the road to be layed.

What is comprise? Compromise means lowering your standards and going against what you believe in. Anything in the form of mediation is a compromise. Yep. Life brings plenty of times when we all have to compromise, but there are times where you stand your ground and say absofknlutely not! Because somethings are just NOT NEGOTIABLE.

We’ve been labeled losers if we remain on country, protecting Country, protecting our fight for survival and protecting this song line that not only effects the Djapwurrung. There is many a connection to this song line that most wouldn’t consider and that should never have been compromised. Be great to see as many on country again as possible. Numbers are low because of the confusion of recent mitigation that has nothing to do with the Embassy front line.

The fight for survival is more in jeopardy than ever before. And we need your support on country right now.