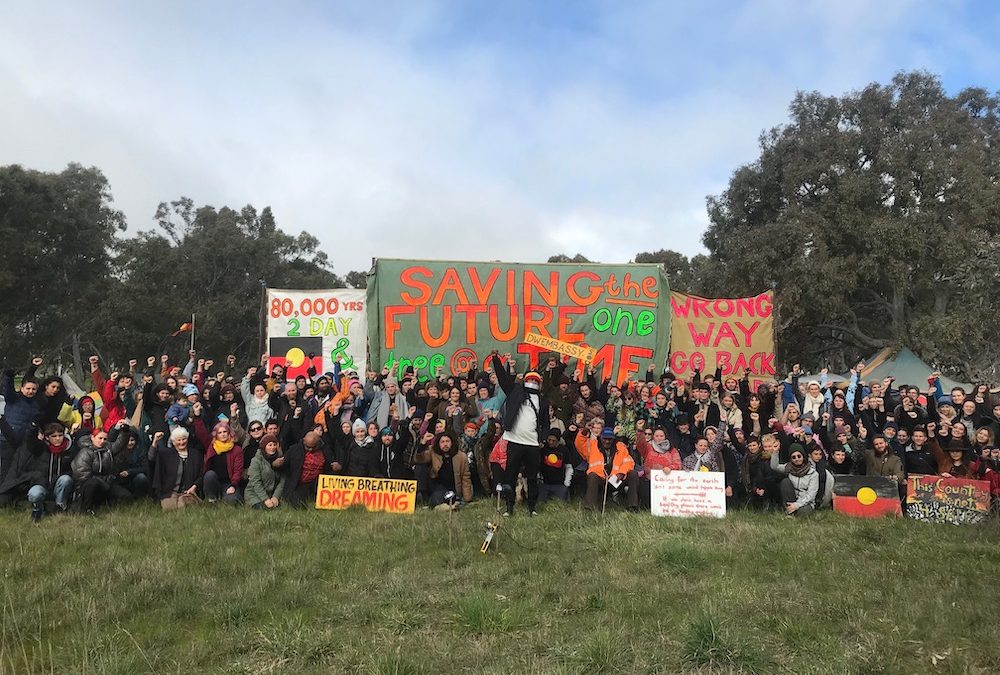 Over 500 people on site as State sanctioned eviction looms

Numbers at the Djab Wurrung Protection Embassy are at an all time high as the Major Roads Victoria’s eviction noticed draws to a close. Traditional Owners were given 14 days to vacate their sacred landscape on the 8th of August after they have camped on Country for 15 months in opposition to the Western Highway Duplication just outside Ararat.

Since the protest camp was set up thousands of people have passed through the Embassy, but the show of support on the eve of eviction demonstrates the broad base of people that want this landscape protected.

“We’ve seen over 500 people journey to Country to stop this road and protect sacred Djab Wurrung song lines once and for all.” Said Amanda Mohamet, Embassy Representative

“The numbers we’ve seen today make clear that Premier Daniel Andrews will be on the wrong side of history if the Victorian Government pushes ahead to desecrate this sacred Women’s Country.”

The Embassy has been opposing the duplication of a 12.5 kilometre stretch of the Western Highway, on the basis that the Victorian Government failed to consulte with the Djab Wurrung people and give Tradition Owners the opportunity to make a free, prior and informed decision on the future of their land.

“If this eviction notice has done one thing, its shown that we have Australians from all walks of life behind us. We are the traditional custodians of this part of country, and we have a cultural obligation to be here,” said Amanda

“At the end of the day we’re not going anywhere until our sacred Women’s Country is safe. Daniel Andrews needs to intervene and stop the destruction of our heritage. The eviction notice must be lifted and Major Roads Victoria needs to restart planning for this project, with Djab Wurrung at the centre of any negotiations.”