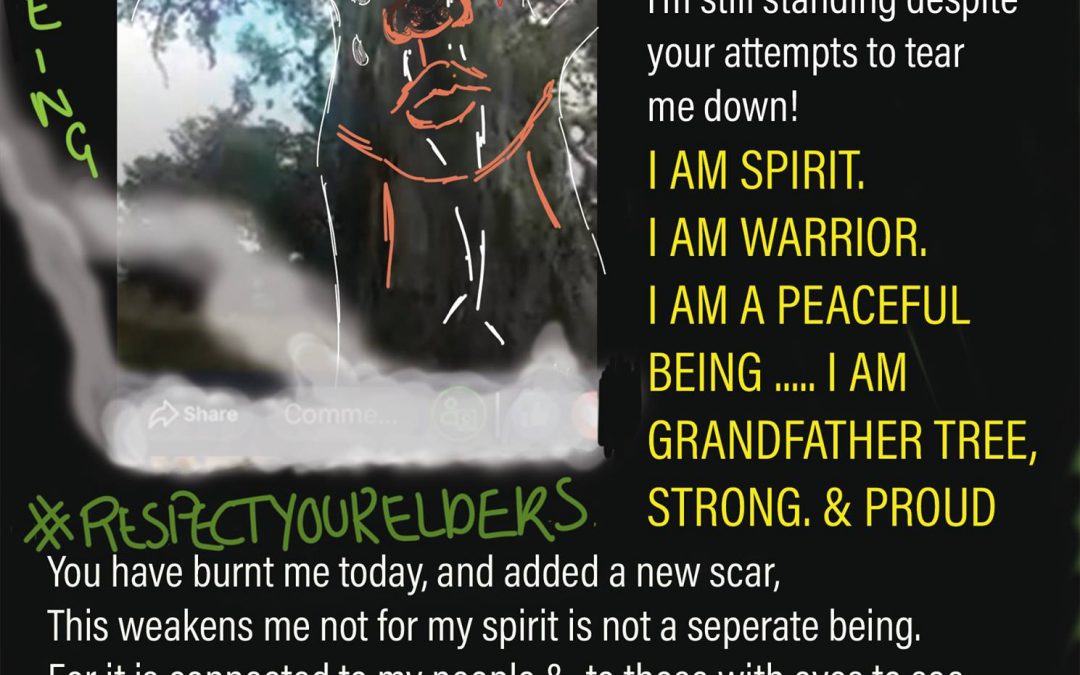 A mature tree was found smoking on the Western Highway near the Djab Wurrung Heritage Protection Embassy early this morning.

A gum tree over 600 years old has been found smouldering under suspicious circumstances this morning. Located about 1km east of Top Camp the tree on the side of the highway had been lit on fire and was seen smouldering for hours.

Embassy supporters noticed a work truck by the side of the road, they went to investigate and found that the tree was smoking with a fire burning inside the trunk. Embassy Lore Man Zellanach came to attend the fire and together they poured over 100L of water into the tree hollow but were unable to stop the tree from smouldering.

“This is devasting, I feel heart broken. This old fella [the smoldering tree] doesn’t do nothing wrong by no-one, he’s been here a long time, minding his own business and someone’s come along this and done this on purpose.” Zellanach Djab Mara, Djab Wurrung Lore man

“Who would do such a thing? This tree is living, breathing, dreaming. It carries spirit, carries life. Under our Lore, if you damage country you will get sick. Whoever has done this is sick, and will become very sick, the land is what supports us”

The work truck left as soon as they saw the Embassy supporters and returned with a police escort. They were reportedly trying to put the fire our and reporting to Vic Roads who they said “owned the tree”

The police and workers did not provide detail on how this had happened.

The fire brigade came and sprayed foam around the tree, an independent specialist is on their way to assess the situation.