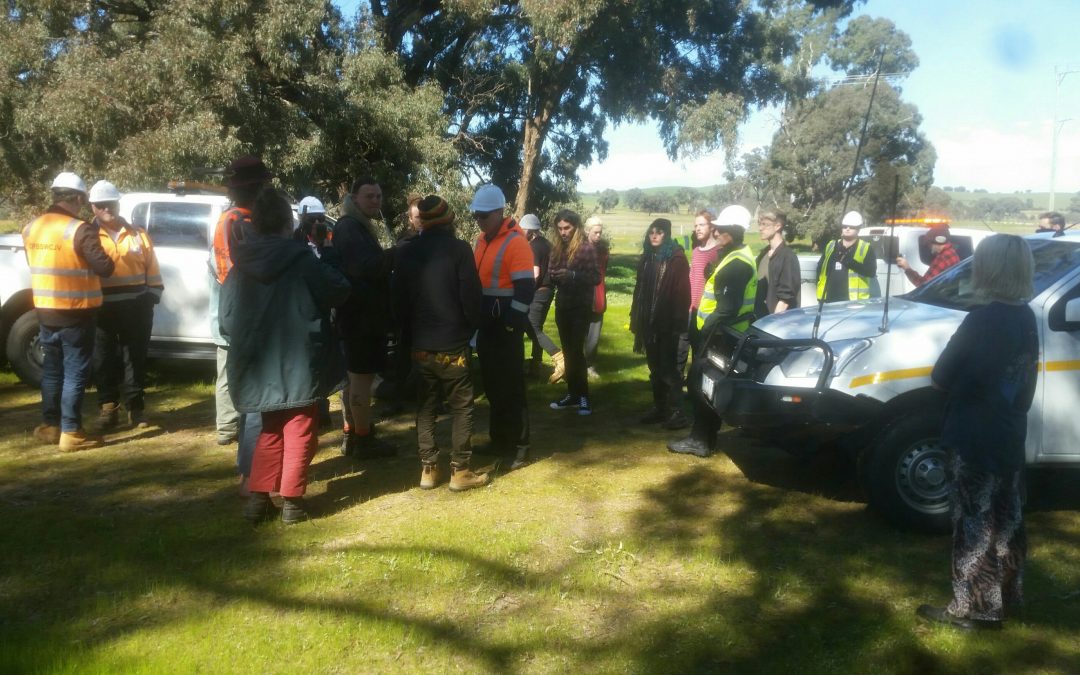 One of several police officers present claimed “there will be no intimidation, this is a peaceful protest, they’re almost finished their work, they are coming back now.”

However, representatives from the Djab Wurrung Embassy continue to insist that “We feel threatened, our kids’ cultural heritage is being threatened. This is intimidation. Police and contractors have failed to respect the mediation process that was agreed to last week.” (Amanda Mahomet, Representative for the Djab Wurrung Heritage Protection Embassy.)

“This is a peaceful action to protect country. The high security presence is a risk to the safety of Djab Wurrung people and all of our supporters. We simply want to engage in open dialogue about works that continue to take place on land that is sacred to us” Amanda Mahomet.